Table Shuffleboard or Indoor Shuffleboard is a game in which players push metal and plastic pucks/weights down a long smooth table into a scoring area at the opposite end of the table. It is not be confused with the deck or floor shuffleboard which is played on the ground like golf.

The game can trace its humble beginnings back to the 15th century. While no one knows precisely when and where it was developed, Shuffleboard was popularized in the homes and taverns of 15th century England.

Played as after-dinner entertainment, Shuffleboard was popular among the royals and the gentry. History tells us that the game was well-liked by the king himself! Henry the VIII was the first royal to play Shuffleboard – although by all accounts he was not very good at it. One fable recount that he lost 9 pounds to Lord Williams in a game of Shuffleboard.

The Bastardization of Shuffleboard

Soldiers, pheasants and common workers quickly took to the game, and it came out of the palaces and into the local taverns. Initially, the game was called ‘shovel-groat,’ inspired by the name of the coin with which it was played. The groat was a silver coin used in England and Ireland in the 15th century, it was worth fourpence.

When the game became popular amongst the plebeians, they exchanged the groat for a penny, and the name of the game became Shove-penny or shovel-penny. Later it was also called shove ha’penny as the commoners began using half a penny to play it.

The Game Comes to The New World

The game was so popular that the English settlers bought the game from England to the colonies. Perhaps, one reason for its popularity was the challenging and competitive nature of the game. Another reason could be that the game required little accessories. In the early days, the game was played by sliding a coin down the bar table to a crude make-shift goal. This lack of fancy accessories could have made the game a hit in the general populace.

History tells us that Soldiers especially loved the game. During the American Independence, soldiers relieved their stress with a game of Shuffleboard along with a bottle of spirit. Indeed, Shuffleboard became a regular betting activity in most bars where soldiers will place bets on the game and make it more interesting for themselves. This trend continues even today; Shuffleboards are commonplace in modern bars and friends to place friendly wagers on the game to make it challenging.

Innkeepers were the first to capitalize on Shuffleboard; they started placing separate tables or even boards inside their bars to attract more customers. This trend caused the name of the game to transform yet again, making it shovel-board. From here the name made a quick leap to Shuffleboard, and this name persists today. Arthur Miller recounted the Salem Witch Trial of 1692 in his famous play ‘The Crucible,’ in his play he wrote that,

“In 1692, there was a good supply of ne’er-do-wells who dallied at the shuffleboard in Bridget Bishop’s Tavern.”

The script tells us that Shuffleboard was popular enough to be mentioned in the play and that by 1692 the name of the game had already been changed to Shuffleboard.

Shuffleboard in the Court

Noam Chomsky popularly said, if you’re not offending someone, you’re doing it wrong. It holds true for games as well; with popularity comes opinions, and many people believed that Shuffleboard was a bad influence as it was promoting gambling and drinking.

In 1848, a case was filed against John Bishop, a local innkeeper in New Hanover County of South Carolina, for violating the law. The charge claimed that Shuffle-board was a game of chance and as such, it was against the law to have it in local establishments.

However, the Supreme Court of North Carolina found that Shuffle-board was a game of skill rather than chance. The court declared that the game is legal to play in bars, taverns, inns, and other local establishments that did not have a gambling license.

The decision of the State of North Carolina Vs. John Bishop propelled Shuffleboard into the limelight.  Assured by its newly-founded legal status, Inns and bars started adding Shuffleboard to their establishments.

The 19th century saw a great revival of the game; local teams begin holding Shuffleboard tournaments which later led to national championships. Its popularity rivaled that of basketball and football as newspapers reported began reporting tournament outcomes. The billiard magazine ran extensive articles about Shuffleboard tournaments, players, and the game every month. 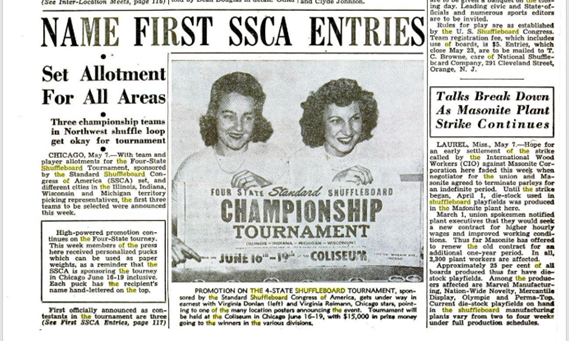 Similarly, other metropolitan newspapers reported the achievements of famous shuffleboard players like Ed Garland, Dave Wiley, George lavender, and ‘Big Ed’ Morris to great success. The players had dedicated fanbases that followed them around from tournament to tournament. 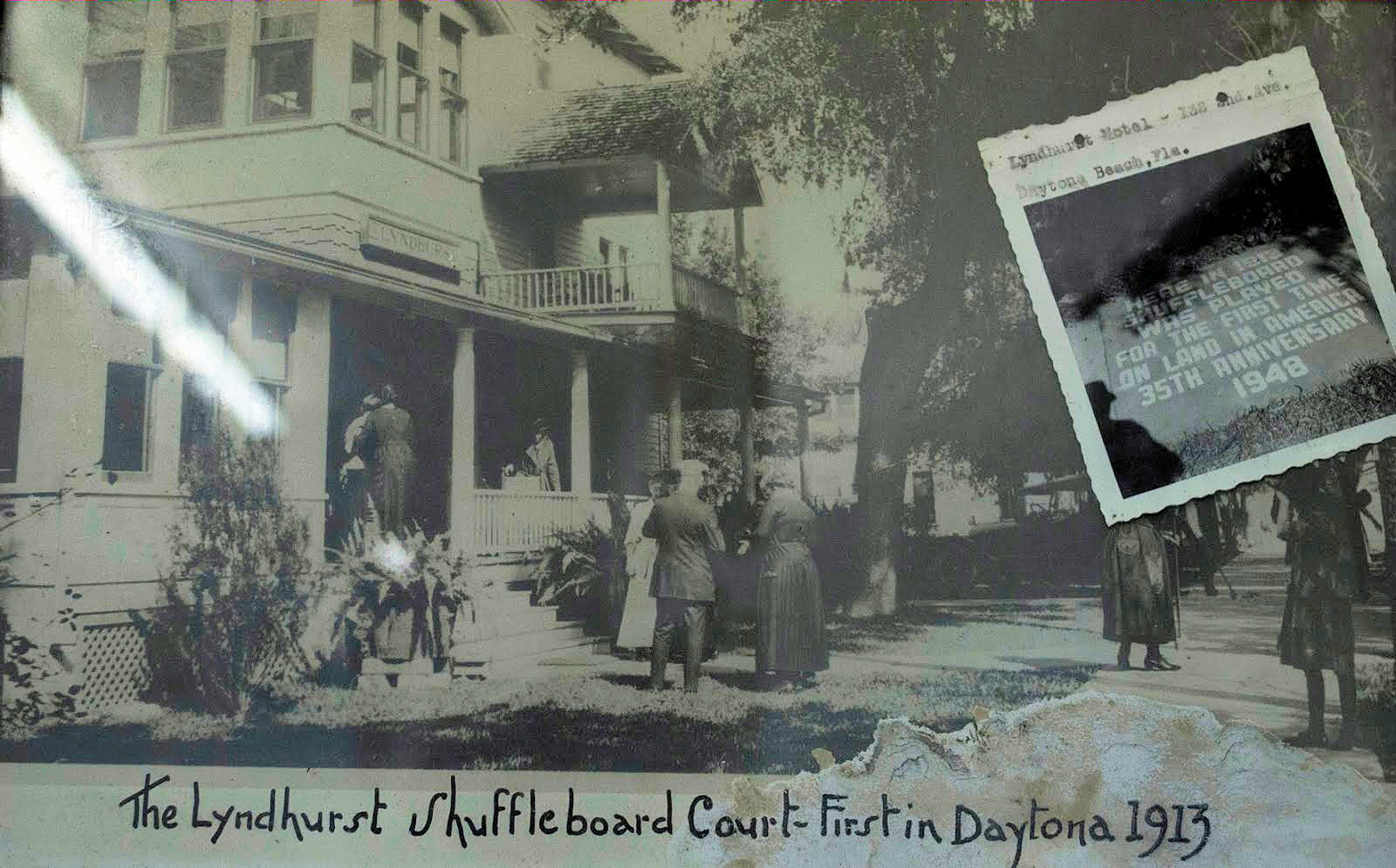 While state associations started forming early in the 19th century, the game was formalized at a national level in 1940 with the formation of the USA National Shuffleboard Association. The association standardized the rules of the game and helped prompt it across the country.

Like the soldiers of the 16th Century, soldiers in world war II also found stress relief in Shuffleboard. It was a popular game in army encampments across Europe and back home in bars and inns. 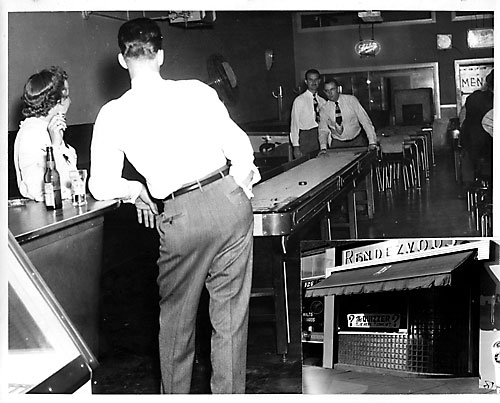 In the 1950s, Shuffleboard was at its peak. However, the ’60s and ’70s saw a rising decline in the sport’s popularity. There were a couple of reasons for its fall from grace, most notably the lack of standardization across the country and un-healthy competition in local markets. The game almost became extinct as people abandoned it as a lost sport.

Shuffleboard made a comeback in the 1980s; the recovery is solely because of dedicated old players who invested their time and resources to cultivate the Shuffleboard culture and pass the craft on to young athletes. The old fans and players of the game realized that Shuffleboard will be lost entirely if the game was not passed down to future generations.

Shuffleboard is alive and well today; people play it across the country in bars, sports lounges, recreational centers, and country clubs. State-level and national level tournaments are held throughout the country in different formats.

Table Shuffleboard has been through a lot of ups and downs, but it has weathered the storm of time. It is more popular than ever as individual and group sports.

Was this article interesting?