Table tennis often referred to as “Ping Pong”, is an Olympic sport that takes the rules of lawn or outdoor tennis and translates them to an indoor table. While it might look similar to standard tennis, the rules and style of play are completely different from what you would expect from a standard tennis game. Many people new to the game ask; “What is table tennis?”

To answer this question, we have done some digging and tons of research to help you understand some of the basics. The article aims to reveal some insight into the origins and how the sport has evolved over the last couple of centuries. Now, you will have all the knowledge for getting started in the world of table tennis.

To understand the origins of table tennis, we have to turn the clock back to early Victorian England. To be more precise, we would look at the early 1880s. However, some reports suggest it was developed by British officers in India during their supposed occupation during the 1860s and 1870s.

The game aimed to serve as an after-dinner parlor to be enjoyed by some of the upper Victorians in Britain. However, it later spread and evolved into the game that we know today. The first games played, would make use of a row of books that would serve as the net we know nowadays and a cork from a bottle of champagne would be the ball. A standard cigar box lid would serve as the paddle or racket.

As you might have heard, many people refer to table tennis as Ping Pong, and to understand this, we also need to look back at the history of the sport. While the name Ping Pong was widely used before the 20th Century, it was in 1901 that J. Jaques & Son Ltd trademarked the name, Ping Pong. The British manufacturer referred to the game as Ping Pong when their expensive equipment is used, while other manufacturers referred to it as table tennis.

It is not only in Britain that companies were split on the name. Jaques eventually sold the rights to the Parker Brothers in the United States, who similarly forced organizations to change their name to table tennis. The Parker Brothers held onto the name during the 1920s and in many cases, Ping Pong and table tennis were seen as different sports.

As mentioned, the first table tennis rackets were old cigar box lids and the nets were rows of books stacked on a table. However, the most controversial was the champagne cork that was considered the ball, but due to the design and the shape, it was too unpredictable when moving and bouncing around on the table.

However, in 1901, A British Innovationist and table tennis enthusiast names James W. Gibb found some celluloid balls while visiting the United States. Due to the shape and the consistency of the behavior, they were found to be much better for table tennis.  Moreover, E.C Goode, another table tennis enthusiast designed the modern version of the paddle by adding rubber to the wooden paddle in various patterns.

The sport has evolved significantly over the last couple of years. Back in 1902, during the time of the first championship, lawn tennis was used for the scoring system. Nowadays, you have tons of different equipment and even some of the best table tennis equipment can be found at a budget price if you know where to look.

Nothing beats playing a few games of table tennis with some of your friends, or even going more professional if you are good. We have identified a couple of the main benefits associated with table tennis and this should allow you to understand what you can gain from investing some time in table tennis.

These are some of the basic benefits, but when you think long-term, you have so many more benefits. As you become more professional, you can start making a living from the sport, not to mention the fame and fortune that could arise if you compete on an Olympic stage. The Olympics is the one completion every table tennis player wants to win.

While we don’t often discuss the top table tennis players, it is often important to look at some of these individuals. These individuals are also role models for many people. Much like Ronnie O’Sullivan is the reason some of us started playing snooker, there are many experts and professionals in the table tennis world that could encourage you.

While most people know that Fan Zhendong is currently the number one player ranked in the world, he is still young. We are looking at some of the greatest players of all time. Jan-Ove Waldner is also known as the “Evergreen Tree” and many people believe he was more popular in China during the 1990s than President Bill Clinton was in the United States.

His career had a long span, which culminates in him winning gold at the 1992 Olympics and three more gold medals in the 1996 European Championships. His final career medal was silver in the 2000 Sydney Olympics. Many people consider him the table tennis living legend.

A list will never be complete without looking at Ma Long. The Chinese player still holds the record for the longest span as the number one player in the world, which stretches from 2015 for around 30-months. During his reign, he has earned the nickname of the “ITTF Pro Tour King”, which is fitting when we look at these accomplishments.

Table Tennis In The United States

Aside from China, The United States probably has one of the biggest followings of table tennis in the world. The USATT is a non-profit organization, governs and sets up most of the competitions going on in the USA. The organization was first established back in 1933, and to date, it has more than 9,000 active members.

The aim of the organization is not only to promote table tennis but also to help individuals improve and become better players. The organization offers incentives for American athletes that go to the Olympics. Individuals that manage to reach the biggest stage can earn up to $100,000 for making the team and even more for winning a medal.

There are around 19 million people in the USA that play table tennis for recreational purposes, and only 9,000 are active members of USA Table Tennis. To join the organization, there is an annual fee of $75 for adults, while the reduced fee of $45 is for students and college players. The organization is helpful for players looking to get their hands on the best table tennis equipment.

Understanding the history and the basics of table tennis is not everything, and there are many questions on the internet that we have decided to answer. If you are excited and interested to invest some time into table tennis, you might need to ponder some of these questions:

How To Start Playing Table Tennis

Before you start playing table tennis, you will need to make sure that you have the right equipment. The equipment is an important part, but it can be found readily from almost any online store. Once you have the right gear, we can move onto the next step.

The first thing you will need to do is focus on the grip and stance you have. You must be balanced and comfortable when you are playing. You can also add footwork to the mix and these are considered the foundations of table tennis. Once you have them down, the game should be much easier.

There is a variety of different shots and strokes that you can play. The strokes are segregated into two sections, which are drive and push shots. Both of them have subsections referred to are forehand and backhand shots. You will need to understand when to play each shot and how your grip needs to be before playing.

How To Get Better At Table Tennis

If you are to improve your game, you will need to put some time and effort into your training. The more you train, the better your hand-eye coordination will be. Additionally, you will improve your overall game fitness, which means that you have more stamina to help you perform at a slightly better level than your untrained opponent does.

How To Find A Good Table Tennis Coach

If your training is complete and you have done everything you feel possible, you might need to invest in a coach. With the rise of social media, it is so much easier to find a good tennis coach, but you should consider looking at their credentials. Finding ex-players to coach you is often a good way to learn a new style and different shot types.

How To Play Table Tennis Alone

If you are playing against yourself, you are probably going to need to fold the table in such a manner. Alternatively, the Best Ping Pong Robots can often be used to play on your own. These robots are loaded with table tennis balls and some of the high-end options even have a remote. It allows you to practice returning specific shots and improving your reaction to shots.

How To Play Table Tennis Safely During The COVID-19 Pandemic

The year 2020, was probably one of the worst years to hit society. The Covid-19 Pandemic changed the course of the world and forced us indoors. However, table tennis is still a sport that you can practice due to the distance between the players. Here are some tips to consider before playing Ping Pong during the pandemic.

Table tennis is one of the most underrated sports in the world, especially when asking people that do not know anything about the sport. It has similar characteristics to tennis, but the gameplay is different. Now that you understand some of the basics of table tennis and the origins, let us know in the comment section if you have any thoughts on table tennis and Covid-19. 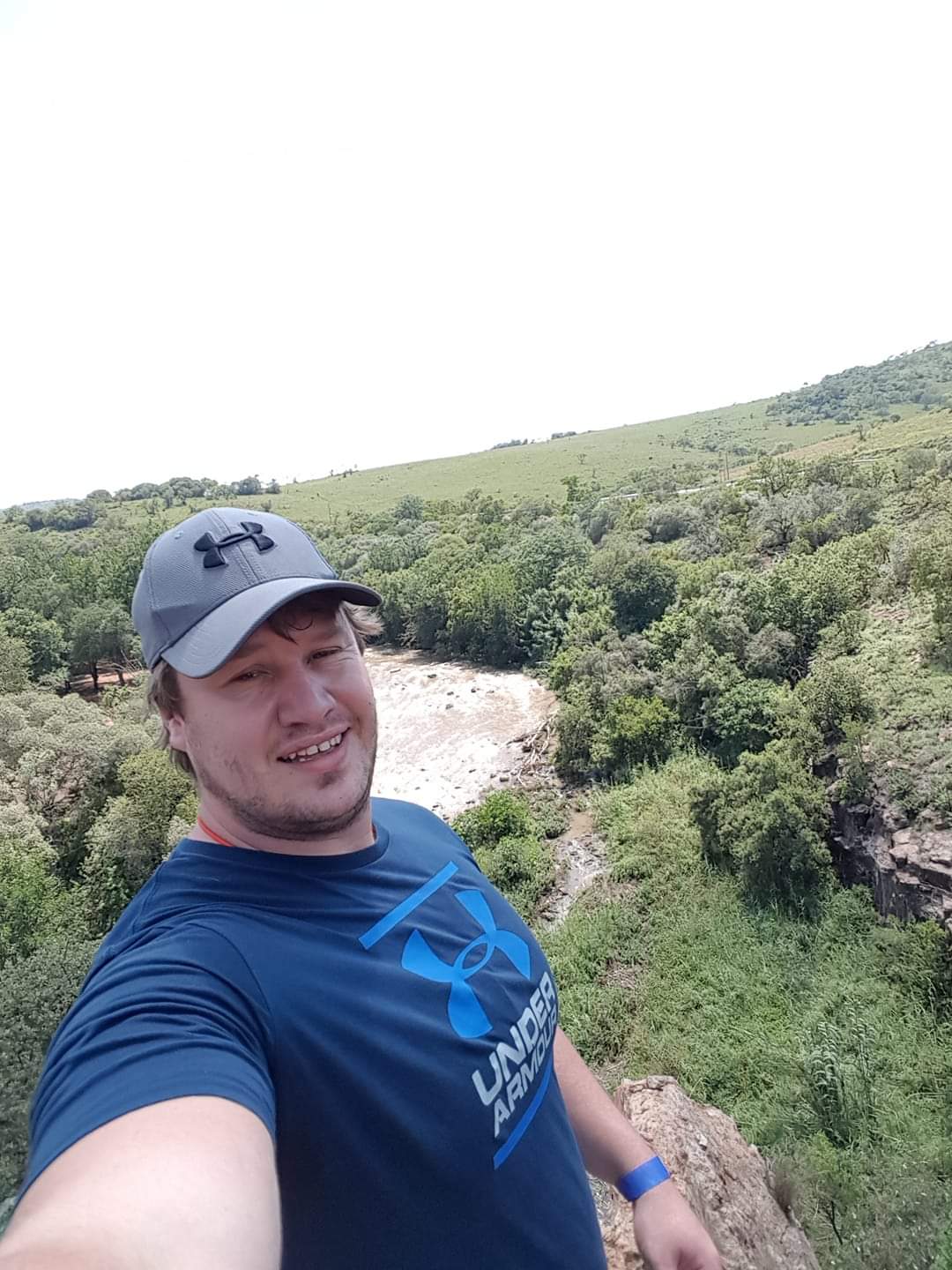 Jean Whitehead
I am Jean, a writer with a passion for outdoor life and sports. I have been playing indoor and outdoor sports for as long as I remember, being fortunate enough to play with some excellent equipment and learning from great tutors. Now, I have traded my equipment for a pen and paper, helping to encourage and educate your sports enthusiasts. I still play a few indoor sports games now and again, but my goal is to help bring more youngsters into the world of sports. More info on my LinkedIn profile - https://za.linkedin.com/in/jean-whitehead-75464b130
Best Pitching Nets (2020 Edition)
7 Best Badminton Nets (In 2021)
How to Organize Fun Bowling Tournaments: From Concept to Execution
How High is a Badminton Net?